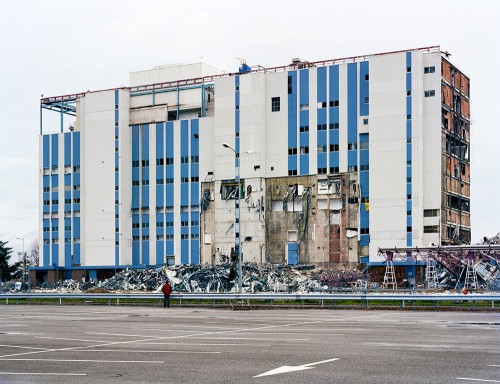 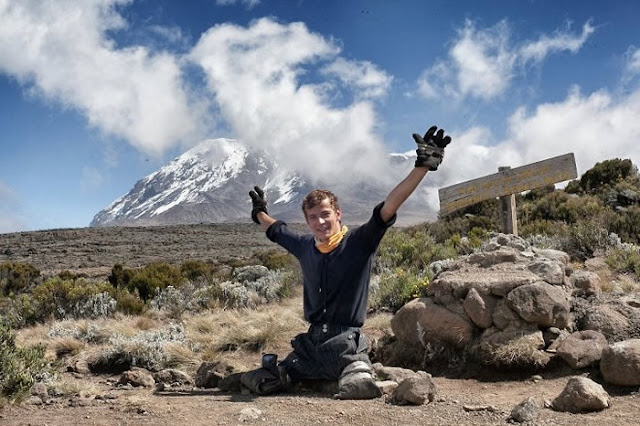 Alexander D'Jamoos, an International Relations and Global Studies sophomore in the College of Liberal Arts, spent his summer
climbing Africa’s highest peak, Mt. Kilimanjaro. Born in Penza, Russia, he grew up in an orphanage for children with disabilities. At
age 16, he was adopted by an American family and moved from Russia to Texas, where he learned how to walk on prosthetic legs.
His goal is to show other disabled orphans in Russia – and countries throughout the world – that nothing is impossible or unreachable.


He wrote a open letter to the president Putin


Dear President Putin, My name is Alexander D’Jamoos. I am 21 years old. I am currently a sophomore at the University of Texas at Austin where I am planning to major in Government and International Relations. I was born in Russia with deformed hands and legs, which prevented me from walking. I grew up in a state orphanage for children with physical disabilities in Nizhniy Lomov. At the age of 15, I was lucky to be adopted by a loving family in Dallas. It is because of my experience that I, like thousands of other adopted children throughout the world was in shock by the passing of the Anti-Magnitsky Law by the Russian parliament. The law, which bans international adoption of Russian orphans by American citizens, victimizes the estimated 800,000 orphans in Russia.Throughout my childhood I had never expected to be loved by a family. My biological parents had left me in the hospital because of my disabilities. My orphanage housed about 100 children, all of whom were physically disabled and had been neglected by their parents. Some of the horrible conditions at the orphanage included no heating during harsh winters, lack of water during summer-time, rudimentary education, lack of sanitary facilities, inadequate accessibility equipment, and the worst of all, lack of love and care. Like millions of disabled Russian orphans, I expected a gloomy future in a state-run nursing home full of people rejected by Russian society merely because of their physical conditions.I was adopted and my life has changed more than I could have ever hoped. Today, like never before, I am fully in control of my life and have great hopes and goals for my future. At Texas Scottish Rite Hospital my legs were amputated so that I would be able to wear prosthetic limbs. For the first time in my life I was able to walk. This has dramatically transformed my life. As a result of my academic success, I received many scholarships that enabled me to attend one of the best universities in the world. I learned to ski. Last summer I climbed Mount Kilimanjaro on my prosthetic legs to raise hope for disabled orphans in Russia. I now have caring parents and a little brother, whom I love dearly. I value my upbringing. I continue speaking Russian, and I stay in touch with all of my childhood friends and teachers.These orphaned children, to whom I feel a very strong connection, are victims of an incentive-based, cruel political retaliation. The anti-adoption law claims that Americans abuse Russian children and adopt them simply to get financial benefits. These claims are not only preposterously false - they are insensitive to thousands of adopted children and their families in the U.S. Of the nearly 60,000 children who had been adopted from Russia in the past 20 years, 19 have died, while in Russia hundreds of children die in Russian families and Russian orphanages regularly. The fundamental right of every child to have a family and have a successful life is being brutally violated by this law. Every child in every country should have a right to be adopted by Russians, British, Americans or any other family regardless of their origin. The rhetoric of the Anti-Magnitsky legislation is illogical, heartless, and simply inhumane. The victims of this political demagoguery are the thousands of children who will not have hope for a bright future. Like most of my childhood friends, they are destined to spend their lives in unsanitary nursing homes or on the streets.Like many adopted children in America, I believe the Anti-Magnitsky Law insults the very concept of a family. Had this law been introduced 6 years ago – today I would have no home, no family, I wouldn’t be able to hug my little brother, wouldn't attend a university and wouldn't experience the joy of walking and having full control of my life. Every civilized country ought to improve the lives of their children by closing orphanages and encouraging domestic adoption. This law includes no determination to takes such actions. It merely deprives children of all last hope they had for a life with a family. Banning adoptions due to the Anti-Magnitsky law is inhumane and is an immoral act which uses vulnerable children for meeting political goals. It does not help the orphaned children. They will be simply forgotten.Dear Vladimir Vladimirovich, on behalf of thousands of children in Russia and the United States, I strongly urge you not to sign this law into effect.Sincerely, Alexander D’Jamoos21 December, 2012